German Shepherd (GSD) is one of the most popular, confident, and courageous dog breeds originated from Germany. GSDs are incredibly energetic, loyal, friendly, task-driven, and easily approachable. They are easy to train and can be used as security, police, and military dogs.
We will precisely discuss at what age German Shepherds stop growing, GSD growing phases, and other growth aspects.

When Do German Shepherds Stop Growing?

If your GSD is older than 36 and still growing, it may be something to consider. You should consult an expert VET if he continues to gain weight.
King shepherds are a crossbreed between German shepherds and Shiloh shepherds. They weigh more and get taller than classic GSDs.
They sometimes weigh between 125 to 150 (males) and 90 to 100 (females). Their adult males are usually 29 inches taller, and females are 27 inches.

GSD parents usually ask one more question: when do male Germans Shepherds stop growing? It is so evident for a dog owner to know when his partner will stop growing and fill out.

If a male GSD is given balanced nutrition and frequent veterinary visits, it will continue to grow up to 3 years of age.

Female German Shepherds growth continues until 2 or 21/2, depending upon their breed, diet and parents.

The German Shepherds growth chart gives an idea of the growth rate. A GSD puppy doesn’t have to follow this chart. It may be up and down—so no need to worry about that If your dog is not following the chart.

The height of dogs is calculated from their pads to the base of their neck in a standing position.

Someone planning to adopt or buy GSD must know these crucial early growth stages. There are usually 6 German shepherds’ growth stages.

This period lasts for two weeks after the birth of a German shepherd puppy. Usually, pupps have less body temperature as compared to mature dogs.

In this span, the puppy’s are deaf and blind. They sleep approximately 90% of their neonatal phase.Their eyes start opening in the second week of birth. They start crawling and gain central front teeth.

This stage comes when a GSD puppy turns two weeks old and ends at the 4th week. Developments in this stage are as follows.

The second growth stage for German shepherd puppies is the socialization stage. This period may last two to eight weeks. The critical developments for this stage are as follows.

German shepherds are known as social animals, and puppies’ socialization is crucial at this stage. Please give them the experience of new objects, humans, and other animals. They keep learning and become more confident.

The juvenile period starts in the third month and lasts up to 6 months. Several developments occur in the German shepherd puppy.

German shepherds can reach this stage in the 7th month of their birth, and it may last up to 2 years. Females become sexually mature in their 6th month with their first estrus period.

Changes occurring in dogs during this stage are as follows.

Female GSDs grow earlier than male ones. They reach the full maturity age between 2 to 2.5 years. In comparison, their male counterparts take three years to fully mature.

In this stage, there are rare growth and development possibilities in them. They achieve most of the growth milestones by reaching this age.

Several factors affect the growth of a German shepherd puppy. Some of them are as below.

Genetics play an essential role in the growth of a dog. If their parents had any genetic disease like hip dysplasia or allergies, it would affect the puppy’s development.

The weight and size of the dogs are also bound to their parents. If the puppy’s parents are short and more petite in weight, then you should not expect something more than that. This is similar to the genetics of humans.

A well-balanced and developed diet plan is another crucial factor in the growth of German shepherd dogs. Their diet plan changes as per their growth stages. You must be ready for all this before adopting a GSD puppy.

Overfeeding can turn them overweight, and your dog may fall into any severe diseases. Always consult and speak to your VET expert for a dog’s diet and health.

German shepherds are believed as one of the most active dog breeds. They like to play and run with total energy.

You must take care of their exercise plan. If your dog is one month old, then you can consider ten minutes of exercise daily. It is better to divide it into two parts: 5 minutes early in the morning and five minutes in the evening.

You can add the same amount of time each month. If your puppy is less than six months old, then you must not attempt overexercising.

Trekking and jogging are recommended for dogs that are six months old. In their early stages, there might be joint problems or ligaments if you do this.

If your GSD puppy is underweight, then it might be alarming. You must consult an expert VET to know about the possible reasons. However, common symptoms of German shepherds not gaining weight are as below.

One can feel the dog’s health by touching the dog’s skin. On the other hand, they might be going through gum disease, parasitic worms, diabetes, or other dog diseases. You must take your dog to the nearest VET clinic as soon as you feel this.

How Do I Make Sure My German Shepherd Is Healthy?

The best way to make sure your German shepherd is healthy and growing is through frequent VET visits. An expert veterinarian can give better dog health and wellness advice.

Regular assessments and inspections are mandatory under preventive care ethics. In this way, your dog can enjoy a healthy and longer life.

The stats and facts explained above are subject to vary in terms of breed genetics and environment. The first two weeks are too crucial for dogs to survive, and they remain more dependent on their mother. So never take them away too early.

Do German Shepherds Still Grow After Being Neutered?

When a dog is neutered, then he will keep growing. However, if you do this in too early stages, it may cause your dog to suffer fatal diseases.

When Do German Shepherds Stop Growing In Height?

What Is The Size Of A Fully Grown German Shepherd?

What Is The Life Expectancy Of German Shepherds?

The average life expectancy of healthy German shepherds is between 9 to 13 years. However, depending upon the circumstances, VET care and healthy nutrition can overextend this figure.

What Age Does A German Shepherd Stop Growing?

Male dogs stop growing between 2.5 to 3 years, while female dogs get their maximum growth six months earlier in 2 to 2.5 years.

What If My German Shepherd Is Overweight?

Anything too much will spoil your dog’s health. You must consult your VET before doing anything to your dog. Sometimes people over-exercise dogs to lose weight, which doesn’t make sense and leads the dog to serious health problems.

What If My German Shepherd Is Growing Too Fast?

If you overfeed your dog, then this may increase his growth rate. Most of the time, Overnutrition leads to overweight, and dogs fall into serious diseases. It is better to consult an expert VET and adjust the diet plan.

What Is The Size Of A Full-Grown German Shepherd?

How Big a 6 Months Old German Shepherd Be? 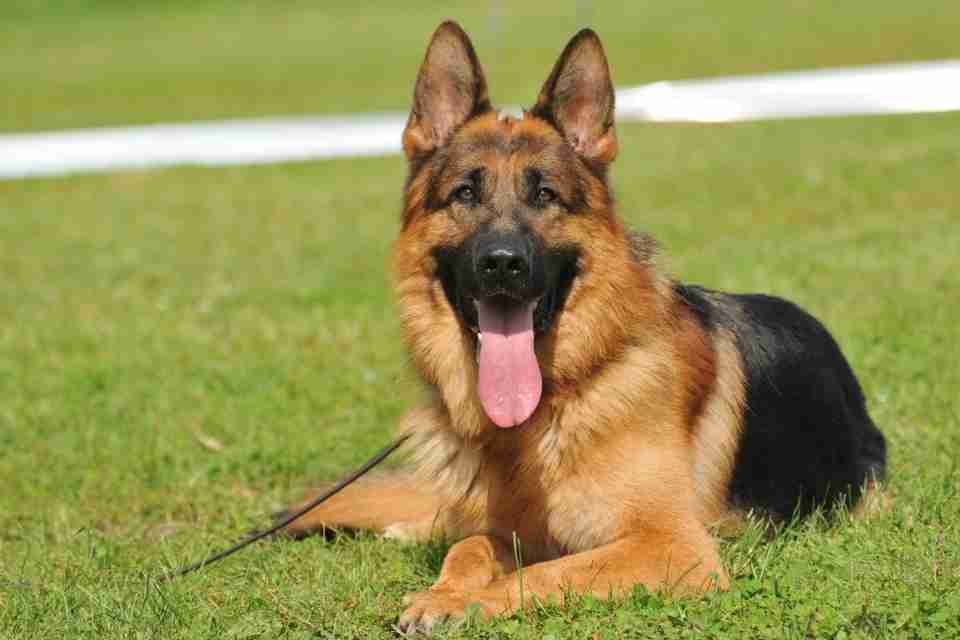 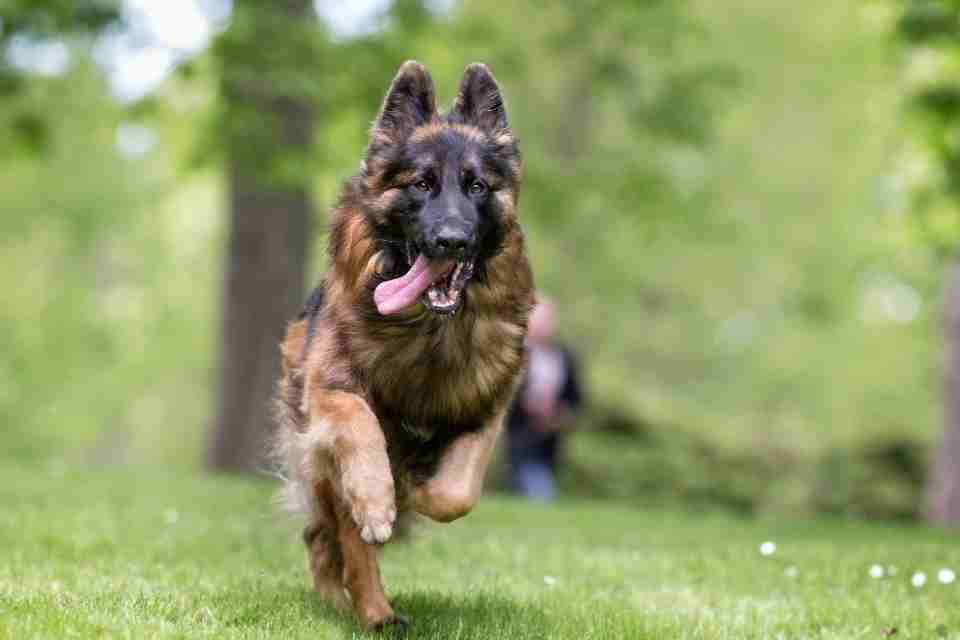 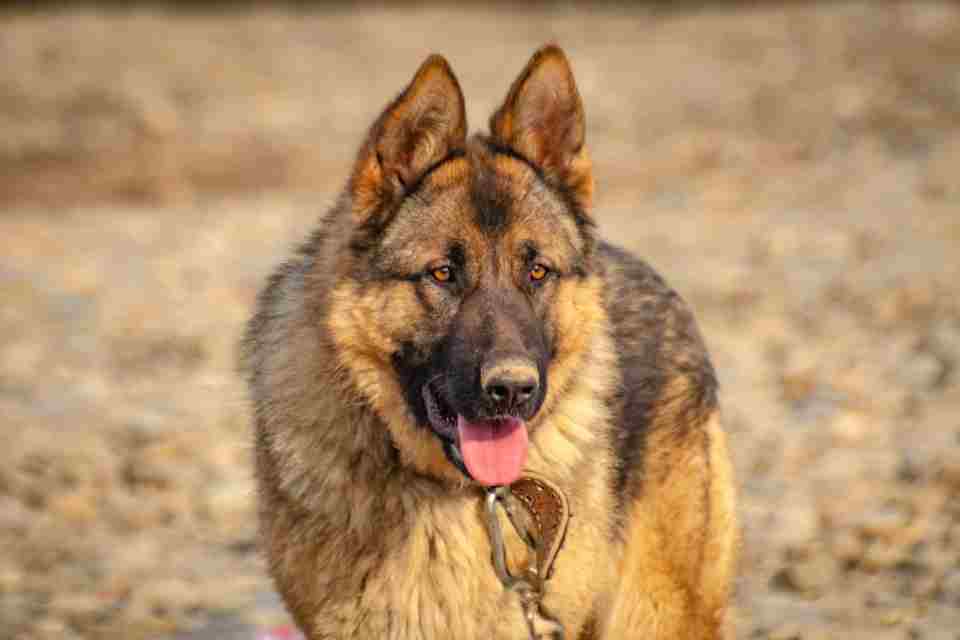 Paws Crunch is a pet blog. Best for pet training, pet care, pet behavior, and pet life info. Our team of researchers, VETs, and writers is passionate to build a pet-loving community.

This site uses Akismet to reduce spam. Learn how your comment data is processed.

The best of Business news, in your inbox.